Entering the fourth day of the Super League stages of the Abu Dhabi T10 League, the teams had put up quite a fight up to this stage of the tournament. As customary, before taking a look at today’s matches, here is a quick view at how yesterday’s matches lined up. 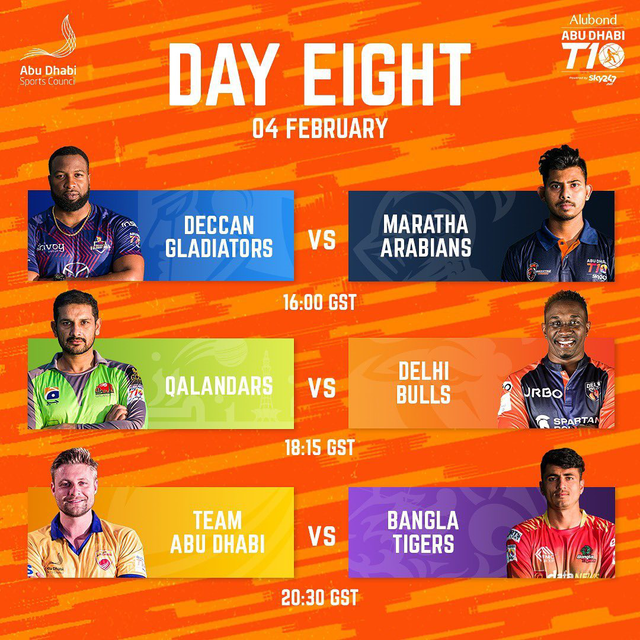 Here is how tonight stacked up in the fourth day of Super League stages. The first match of the evening was held at 1730 hours between the Deccan Gladiators and the Maratha Arabians which was won by the Deccan Gladiators. The second match of the evening was held between the Qalandars and the Delhi Bulls which was won by the Delhi Bulls. The final fixture of the night was held at 2200 hours between Team Abu Dhabi and the Bangla Tigers. Team Abu Dhabi won the match by 21 runs.